Brainteasers come in many different shapes and forms. They are all fun, and each type targets a separate part of the brain, so variety is key! A fun way to train your brain and have a lot of fun at the same time, this is a quick guide to some of the best brainteasers you can have access to!

Sudoku is one of the most famous types of brainteaser there is. A nine by nine grid is given to the player with the objective being to fill each line, column and three by three ‘box’ with the digits one to nine, with no repeated number in any one of these categories. Tough, but rewarding, Sudoku has seen a massive rise in popularity since the 1970’s. The benefits of playing Sudoku are numerous-it can alleviate stress and calm nerves are some health benefits, but the primary benefit of playing Sudoku is the suggested effect it has on stopping dementia in later life, and keeping the brain healthy! 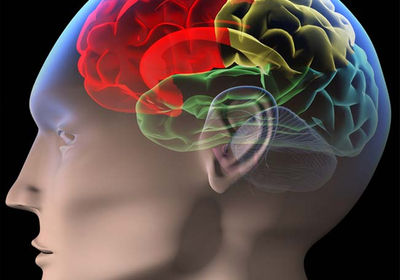 Card games are another great way to keep your mind fresh. With a huge selection of games to choose from (blackjack, poker, baccarat) and the innumerable differences that can be found within different versions of one game (think about all the different versions of poker you can find!) , playing cards is a sure way to keep your brain in a very active state. With the number of possible arrangements of a card deck actually higher than there are atoms on earth, strategy is key in all games that you can play-with the benefits of playing including improved memory and enhanced cognitive abilities!

Riddles are another fantastic way to keep your mind turning, even if you are on the move. Usually a simple logic based question (like ‘ What falls, but does not break, and what breaks but does not fall?’), a riddle is a brainteaser that can trouble someone all day, but this trouble does have a positive effect. Memory is enhanced, and this is because riddles need outside the box thinking in order to be solved–simply put, the more unexpected the answer, the better you remember it! (The answer to the riddle in this article was ‘Night falls, and day breaks’.)

Finally we come to probably the best known brainteaser-the jigsaw puzzle. Everyone has done one of these in their lifetime, be it as a child with a cartoon to assemble, or as an adult with a much harder image like a garden to piece together, a jigsaw puzzle is instantly recognisable. Coming in many different forms (even three dimensional), piecing together these misshapen pictures has a incredibly positive effect on the human body as well as the mind. This is because looking at the same image over a extended amount of time acts as a form of meditation almost, and as a result, blood pressure and heart rate can be lowered. The mind is also effected, with concentration being enhanced, as well as memory and visualisation techniques.

Whether you buy a jigsaw puzzle to better your concentration, go online and look for riddles to improve your memory, and be sure to check out Ladbrokes’ website to play card games, Brainteasers are simply brilliant, and a great way to improve your mental and physical state. Now you know a few of the easier ways to get started, be sure to try them out and see for yourself if there is any benefit!